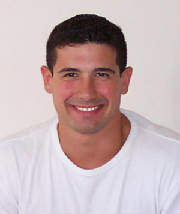 For over 20 years starting as a child Bill has been absorbing education about fitness and physique development. Through his passion for physical change and constant research as he grew up, Bill focused on his own physical changes always trying new techniques to be the strongest he could be. Many people would always ask him questions about training, as he led by example of his own physique. Bill continues to lead by example as a worldwide leader in physique transformations. Bill has also been featured in many popular fitness magazines, television, Internet, radio, newspaper articles, advertisements, newsletters and nationwide fitness camps. His endeavor began by empowering people with techniques on how to build stronger bodies, minds and better lives by embracing a healthier lifestyle.

Born in Cheshire, Connecticut, Bill participated in many sports. He was guided by his passion for change and drive for knowledge about how to build muscle mass for explosive strength and protection from injuries. As he got older and focusing more on training, he found he enjoyed the strength and conditioning more than the actual sports. At age 17 Bill was asked to join the State Open Weightlifting Contest by the Cheshire High School football staff. That year he broke the maximum bench press record in front of over 23 high school teams, schools and contestants, by lifting 320 lbs. above his chest.

At the age of 19 Bill was trying to make ends meet by becoming an automotive technician then a contractor, Bill veered away from his fitness routines. His demanding job as a contractor working in a very negative environment reflected on his attitude, happiness and body, becoming overweight and grumpy to his family and friends.

One day, one of his friends asked him to go to a local gym for a workout. When he got there and picked up the weights he realized his body had become so much weaker and flabby, with not enough energy to proceed. Unhappy with his physique and a strong will, he began to “diet” and exercise. The problem was that he ate only salads and ran around the block every night. This made him smaller and skinny looking with very little muscle. Not what he had in mind. Now in a smaller frame and body and slower metabolism Bill became very discouraged, quickly gaining the weight back.

About one year later still unhappy with his health, Bill decided to take a more educated approach to physique development. Knowing he didn’t have enough money for college he read many books consuming knowledge about proper nutrition, supplementation and strength training. Some of these included teachings and motivational strategies by Bill Phillips. After his new up to date views he decided to make another attempt at changing his body. Since 1997 EAS has sponsored the 12 week physique transformation contest, including many valuable prizes. The time was perfect. The way Bill felt was that if he could change his body, great! But there was more- he had a burning desire to win. Why? Bill loathed his job so much he knew the negativity around him was destroying him. Problem was, he made good money so he stayed to make ends meet. If he could win this contest he could change his life and become an example to others and work for EAS the world leader in sports nutrition and fitness strategies. This was his way out! After completing the challenge he waited 9 long months with strong hope that he may be one of the winners. Sure enough, in January of 2002 Bill received a phone call from all the judges saying that he had won!

Bill left his job as a contractor to capitalize off his new opportunities. He found he had reached his goal with chances to work for EAS, Bill decided to put them on hold. His new desire and purpose was to create Horizon Personal Training and Nutrition to show ordinary people like himself how simple and fast it can be to transform your physique through proper exercise and nutrition.

Through further and extensive research Bill developed a keen understanding and clear vision as to the importance of nutrition in the development of a stronger, healthier body. These interests lead to collaborations with nutritionists, physicians, physical therapists, top scientists and researchers of the world through EAS.

In 2002 Bill opened his doors to Horizon Personal Training and Nutrition and continues to succeed in empowering people with techniques to improve their physical and mental strength. Building his company off this principle he believes in reaching down and lifting others up in an honest and positive environment.

After setting goals and reaching them during the competition, Bill found he changed his physique dramatically. But, this was just the beginning. He didn’t realize until later that he built a foundation for a lifestyle. Now having the energy and the ability to think clearer Bill has the new confidence that when you put your mind to something you can accomplish anything!