Super-foods! What are they exactly? Insight from a #1 Personal Trainer in CT. 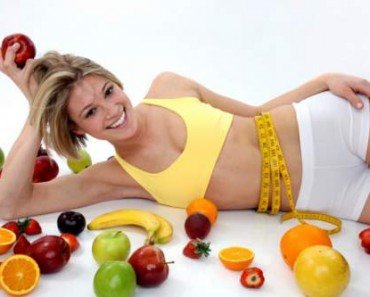 Super-Foods: What are they? In depth-look with #1 Personal trainer in CT Cameron F.

We hear it all the time, but what are super foods? Are they really super, or are they just another fitness hoax to trick people? First off, The first general criticism of the use of the term “superfood” is that, while the food itself might be healthful, the processing might not be. For example, green tea has several antioxidants. But green tea sold in the United States is generally cut with inferior teas and brewed with copious amounts of sugar. The Japanese and Chinese generally do not drink green tea with sugar. Many kinds of super-juices — acai berry, noni fruit, pomegranate — can be high in added sugar. Also, many whole grains are processed in a way to be more palatable and less healthful. For example, instant whole-grain oats are as unhealthy as overly processed white bread in that they quickly spike sugar levels in the bloodstream once consumed, promoting insulin-resistance, obesity and diabetes, according to research by David Ludwig at Harvard University. A second criticism is that, because the term “super food” is not scientific, it can mean very little and prompt some consumers to eat one kind of food over another. Is broccoli really that superior to asparagus?

On a positive note, some of the nutrients that certain super foods contain include antioxidants, thought to ward off cancer; healthy fats, thought to prevent heart disease; fiber, thought to prevent diabetes and digestive problems; or phytochemicals, the chemicals in plants responsible for deep colors and smells, which can have numerous health benefit.

Some examples of “Super foods” are:

Blueberries often top many lists of superfoods because they are rich in vitamins, soluble fiber and phytochemicals. But the same nutrients found in blueberries are also found in many other kinds of berries, including strawberries and cranberries. A study published in 2013 in the journal Circulation found that a high intake of phytochemicals known as flavonoids — which are found in blueberries, as well as other kinds of berries — may reduce the risk of certain heart conditions in young women.

Kiwifruit also tops many a list of popular super foods. Its benefits are similar, for the most part, to berries, melons, citrus fruit, apples and pears, all of which are high in vitamin C and rich in antioxidants. Kiwifruit is labeled a super food perhaps because it contains a wider range of nutrients compared to some other fruits. A very small study published in 2011 in the Asia Pacific Journal of Clinical Nutrition suggested that consumption of kiwifruit (which also contains serotonin, a hormone that helps induce and maintain sleep) might promote a better night’s rest in people with sleep disorders.

Beans and whole grains are standard additions to the super food lists. Beans are a source of low-fat protein. Beans contain insoluble fiber, which lowers cholesterol; soluble fiber, which provides a longer feeling of fullness; and loads of vitamins and trace minerals largely absent in the typical American diet, such as manganese. Whole grains — named such because, unlike refined grains, they are not stripped of their nutrient-containing bran and germ during processing — have similar benefits to beans, though they don’t contain as much protein. Quinoa is not a grain, but it cooks up like one, and this too is a remarkable source of protein, vitamins, minerals, fiber and antioxidants.

Nuts and seeds contain high levels of minerals and healthy fats. Although these are common additions on super food lists, the downside is that they are high in calories. Portion control is key. Shelled nuts and seeds, in this regard, are ideal because they take time to crack open and slow you down. A quick handful of shelled nuts could contain more than 100 calories.

Kale lives up to the hype of a super food. But so do most dark, leafy greens: Swiss chard, collards,  (including radish greens), spinach (and others in the amaranth family), and cabbages. Add broccoli to that list, as well. It’s in the cabbage-mustard family; the modern version is merely grown for its floret instead of leaves. These dark vegetables are loaded with vitamins A, C and K, as well as fiber, calcium and other minerals.

As a #1 Personal Trainer in CT, do I think that these foods are “super”? Everyone will have their opinions about this topic, and overall no one food is going to cure everything! Eating a well-balanced diet with all food’s and “super-foods” will result in a healthier you!

Cameron is a leading success coach and personal trainer at Horizon Personal Training in CT. Cameron is a NASM Certified Personal Trainer and keeps up to date on the latest fitness trends to ensure success within one’s self! To learn more about Cameron please go to www.horizonpersonaltraining.com.