YOU GET ALL THESE FREE BONUSES
-One Consultation, Fitness and Nutrition Assessment
-One Body Composition Test and Evaluation
-One Personal Training Session includes Functional & Fitness Diagnostic Test 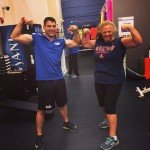 Our WHY: “Your Success is our Passion!”

Every employee of Horizon has personally gone through a fitness transformation and breakthrough.

When you reach your goals, we are overwhelmed with joy and a feeling of significance. There is no better sensation in the world than being a part of sharing that with you.

This is our WHY, our Motivation, our Passion and our Purpose! 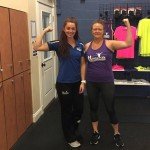 Our Clients: “It’s ALL About YOU!”

Our goal is to make your visits with us the BEST part of your day!

Our clients love and appreciate the private atmosphere, our friendly staff, a system that’s proven to reach their goals and our ability to hold them accountable to achieve RESULTS!
What we love about our clients is that you give us a sense of purpose; we get to experience your triumphs along with you as you achieve your short term goals to reach the long term ones. We feel like we relive our own transformations through yours. This feeling of significance is very powerful to us; it’s so gratifying to be an essential part of your transformations. 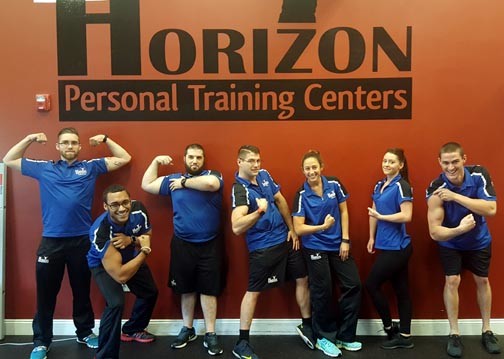 Our Employees: “When our People are happy, our Clients are too.”

At Horizon, we believe in making each client’s visit with us the best part of their day. In order to achieve this goal, it’s important to make it our employees’ too!

“There’s times where life ‘hits you’ and you’re down. It happens to all of us. It feels so great to go to work and it seems to disappear. Our entire team is an awesome group of people who are fun, animated and motivating. I think it’s quite an amazing phenomenon; it’s really very unique and special!” Jerome P. 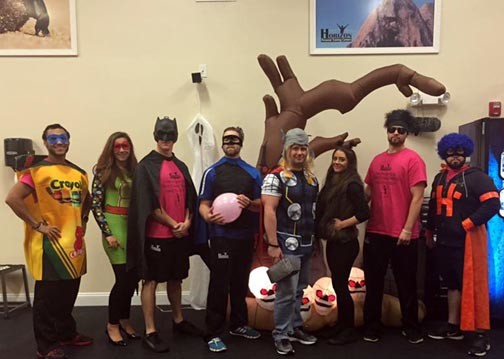 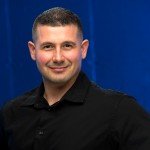 Our Company Story: How it all Began!

For over 30 years, Bill has been absorbing information about fitness from his father who was a successful collegiate athletic personal trainer. Born in Cheshire, Connecticut, Bill participated in many sports. Guided by his passion for change and hunger for knowledge about how to build muscle mass and become a better athlete, he focused more on training, and found he enjoyed the strength and conditioning more than the actual sports.

Bill honed in on his own physical changes, always trying new techniques to be the strongest he could be. Many people would always ask him questions about training, as he led by example of his own physique.

At the age of 19, Bill was trying to make ends meet working as an automotive technician, then a painting contractor, and veered away from his fitness routines. His demanding job, long hours and poor working conditions reflected on his attitude, happiness and body. As a result, he became overweight and grumpy to his family and friends.

One of Bill’s friends randomly asked him to go to a local gym for a workout. When he began lifting weights, he realized his body had become flabby and much weaker, without enough energy to proceed.

Bill left the gym that day disgusted and upset. Unhappy with his physique, but with a strong will, he began to “diet” and exercise. There was a problem with the approach; he ate only salads for his meals and exercised by running as far as he could every night. Consequently, Bill looked smaller and skinny with very little muscle. This was not his goal. Now in a smaller frame and a body with a slower metabolism, Bill became very discouraged. As soon as he had a cheat meal, he quickly gained the weight back.

About a year later, still unhappy with his health, Bill decided to take a more educated approach to physique development. He began consuming knowledge about proper nutrition, supplementation and strength training. Some of these included teachings and motivational strategies by the best leaders in the world, such as Bill Phillips and Anthony Robbins. After his new up-to-date views, he decided to make another attempt at changing his body. 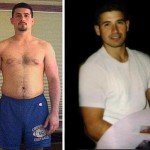 Since 1997, EAS has sponsored the 12-week physique transformation contest. The time was perfect. The way Bill felt was that if he could change his body, great! But there was so much more; he had a burning desire to WIN. Why? Bill loathed his job so much, and he knew the negativity around him was destroying him. The problem was, he made good money so he stayed to make ends meet. If he could win this contest he could change his life and become an example to others, and work for EAS, the world leader in sports nutrition and fitness strategies. This was his way out!

Bill committed to a training and nutrition program for 12 weeks, and he transformed! After completing the challenge, he waited 9 long months with strong hope that he may be one of the winners. Sure enough, in January of 2002 Bill received a phone call from the judges saying that he had won!

Bill left his job as a contractor to capitalize on his new opportunities. His new desire and purpose was to show ordinary people like himself how simple and fast they could transform their physique through proper exercise, nutrition and mindset.

After setting and reaching goals during the competition, Bill did more than just change his physique dramatically. He built a foundation for a lifestyle. Now having the energy and the ability to think clearer, Yeager has the new confidence that when you put your mind to something, you can accomplish anything!

Through further and extensive research, Yeager developed a keen understanding and clear vision as to the importance of nutrition in the development of a stronger, healthier body. These interests led to collaborations with nutritionists, physicians, physical therapists, top scientists and researchers of the world through EAS.

Since 2001, Bill has believed that a structured one-on-one training program is what people need to succeed– an environment empowering people with techniques to improve their physical and mental strength. Building his culture off those principles, he believes in reaching down and lifting others up in an honest and positive environment.

Bill started Horizon Personal Training in hopes of giving the gift of success to others — in a private, positive atmosphere –who may be struggling to make physical and mental changes. The same gift of success that he received.

Having started the business as a personal trainer, he became so busy that he needed to hire help. Only trainers who have gone through their own breakthroughs and are passionate in helping others, like Bill, can work at Horizon.

Bill continues to lead by example as a worldwide leader in physique transformations, having been featured in many popular fitness magazines, television, Internet, radio, newspaper articles, advertisements, newsletters and nationwide fitness camps. A leading success coach, personal trainer, inspirational writer and fitness enthusiast, he’s helped over 500,000 people worldwide become inspired to transform their lives, most widely known for becoming a Body-for-Life Champion for the 2001 Challenge. He is also the author of several fitness articles, books and president of Horizon Personal Training & Nutrition.

From the beginning Horizon has been committed to giving back to our local Connecticut community and beyond.
Leading by example, we feel very strongly that we all need to appreciate what we have and contribute as much as possible.

“The best exercise we can do is to reach down and lift others up!”

Horizon’s team is honored to support the following organizations:

To whom shall we send your Free Trial?

To whom shall we send your Free Trial?